When you are in Wall Street's Casino, you play by their rules 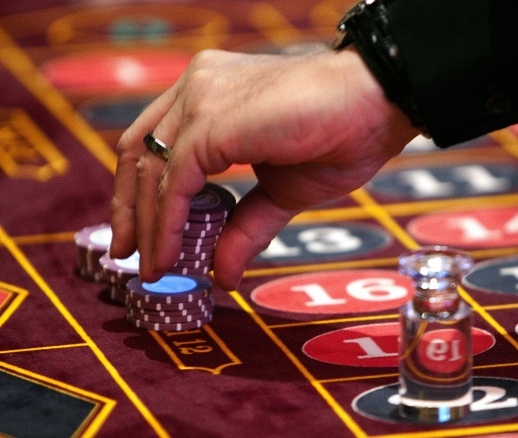 “AMERICAN CASINO IS A POWERFUL AND SHOCKING LOOK AT THE SUBPRIME LENDING SCANDAL. IF YOU WANT TO UNDERSTAND HOW THE US FINANCIAL SYSTEM FAILED AND HOW MORTGAGE COMPANIES RIPPED OFF THE POOR, SEE THIS FILM.”
Joseph Stiglitz, Nobel prize-winning economist

“FASCINATING! A TERRIFIC DOCUMENTARY CHRONICLING THE SUBPRIME-MORTGAGE MESS AND THE FINANCIAL COLLAPSE OF THE PAST TWO YEARS… WITH A RARE COHESIVE POWER, THE COCKBURNS FILL IN THE LINES OF CONNECTION. THEY FUNCTION A LITTLE LIKE RAYMOND CHANDLER AS HE TRACES THE CORRUPTION THAT PRODUCES, AT THE END OF A LONG CHAIN OF CIRCUMSTANCES, THE LADY IN THE LAKE… THE MOVIE IS A LUCID AND COMPREHENSIVE PICTURE OF A ROTTEN SYSTEM.”
David Denby, The New Yorker

“Politicians and the media like to talk about the relationship between Wall Street and Main Street, but investigative journalist Leslie Cockburn’s debut feature gets to the guts of the matter, visiting defectors from Bear Stearns and Standard & Poor’s and other high-level players in the subprime mortgage gamble and, on the flipside, visiting the working-class Americans who were the unwitting chips on the table.”
— Tribeca Festival programmers 2009

“It is rare that a documentary director has the privilege to shoot a film that, while in production, becomes the greatest story of our time. The “worst case scenario” of January 2008, when we began work on American Casino, turned into reality in the year that followed. We were able to follow our characters through Wall Street’s collapse, foreclosure, bankruptcy, homelessness. We watched whole neighborhoods ravaged by the subprime meltdown. I have spent much of my career filming in war zones and post apocalyptic societies — Somalia, Iraq, Afghanistan. But I never expected such a disaster at home. To be there, with a camera, while it was happening, telling the story, was certainly the highlight of my career.”
— Leslie Cockburn, Director